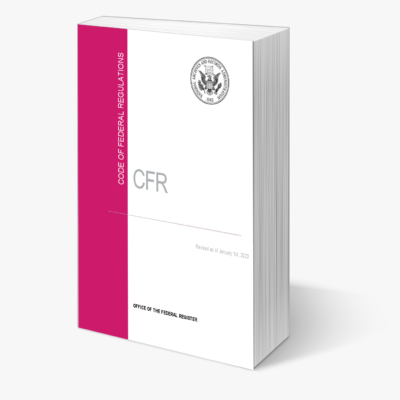 Title 25 is the portion of the Code of Federal Regulations that governs Government-to-Government relations with Native American tribes within the United States.

The CFR or Code of Federal Regulations was originally authorized by President Franklin D. Roosevelt on October 11, 1938, as a means to organize and maintain the growing material published by federal agencies in the newly mandated Federal Register. The first volume of the CFR was published in 1939 with general applicability and legal effect in force June 1, 1938.  The Office of the Federal Register (OFR) began publishing yearly revisions for some titles in 1963 with legal effective dates of January 1 each year. By 1967 all 50 titles were updated annually.